Considered as the largest island in the bay, Aquidneck Island has 97.9 km2 total land area. The population is around 60,870, according to the 2000 US Census.

It is home to Middletown, Newport, and Portsmouth.

In 1638, colonists settled on Aquidneck Island, which Narragansetts called Pocasset. They negotiated the terms of the purchase to Roger Williams.

They bought Aquidneck Island for 20 hoes, 10 coats, and a total of 45 fathoms of white wampum for the local sachem. Then, Narragansett Canonicus, together with Miantonomi, signed a deed.

These settlers chose and founded Pocasset. William Coddington, however, chose Newport in the spring in 1639 because of its unique and excellent harbor.

After a few years, some settlers from other towns followed Coddington to experience the beauty and quality of Newport. The British army dwelt in Aquidneck Island from 1776 to 1779.

The Continental Army, led by John Sullivan, tried to drive the British army out during the 1778 Battle of Rhode Island. John Sullivan and his army, however, failed.

Aquidneck came from the word aquidnet, which was the Narragansett name for the island.

But no one never learned its meaning, even the authority on the Narragansett language Roger Williams.

How it became as Rhode Island? It’s also unclear.

However, it is uncertain which island Giovanni de Verrazzano was referring to.

Aquidneck Island is now referred to as Rhode Island.

The Board on Geographic Names in the United States said that having two names always led to confusion, so Rhode Island has become the official name.

In 2004, there were attempts to change the name to Aquidneck Island.

But they all have failed.

We are locals of Aquidneck Island (mostly known as Rhode Island). Please support local business and direct any inquiries to Mae@onaquidneck.com. 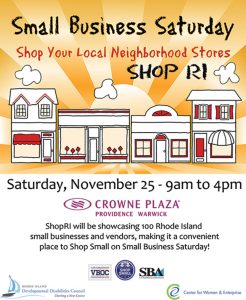